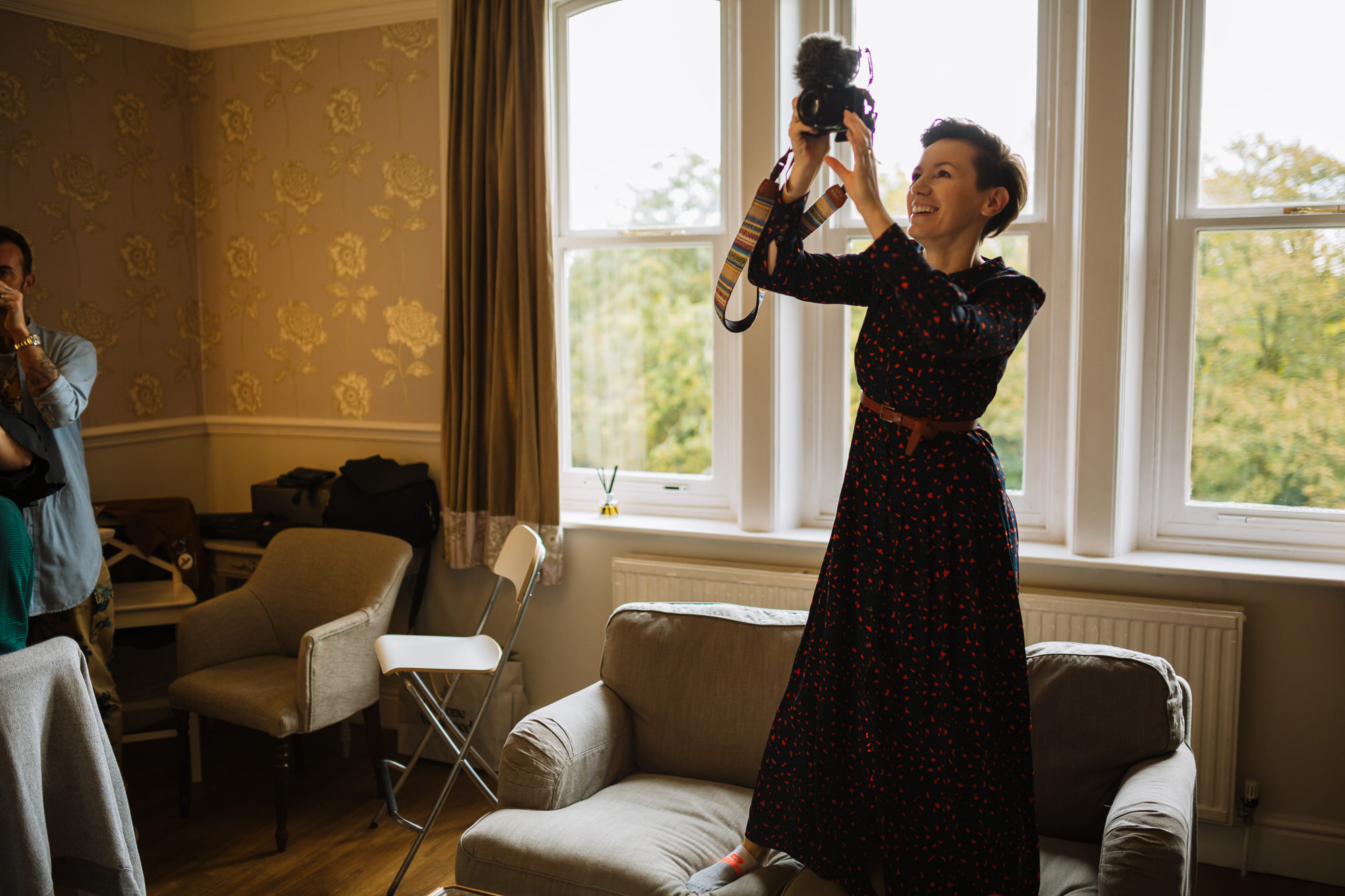 With a little nudge in the right direction from her husband, talented Charlene of UNVEILED Network Member Love Gets Sweeter is taking the local Lancashire wedding film industry by storm.

Capturing the magic of weddings is a little different to the filming of Mr Bean’s Holiday but that’s a career leap that our Charlene easily took in her stride! From filming anything and everything as a child, signing up to media studies at college by fluke and then nearly filming her own wedding, it might’ve been a meandering path but it all worked out in the end!

The relaxed and natural style of Love Gets Sweeter’s wedding footage and the relationships that are built in the process of planning and the lead up to the big day itself are what keeps her couples coming back for more, time and time again over the years, as their families grow.

We’ve caught up with Charlene to see how she uses her expertise to get to know her couples, take the lead to reduce their stress and manages to create those lasting memories of moments no one but a total pro could’ve seen coming…

I’m Charlene! A 90’s music loving wedding videographer living in West Lancashire who loves capturing genuine, natural connections and moments that unfold in front of my camera. I went straight out of media college in Liverpool into the Film and TV production world but, it was my own wedding day that changed my career path! It was editing my own wedding video back in 2009 that turned my anti-wedding-video husband into the biggest advocate of wedding videos – so much so that he bought me a website domain named after our first dance song, Love Gets Sweeter. It was his nudge that started me on this path as a wedding videographer!

Where did your passion for film come from?

My mum did a speech at our wedding and I remember her telling everyone how much I loved to film things as a kid. From our 90’s dance routines to mini films with friends and my toys, I was always creating. Back then, it wasn’t obvious it could be a career choice! I then went to a local college to explore art courses (as media wasn’t a ‘thing’ in High School) but the lecturer had nipped to the loo so, I got chatting to the cool media lecturer instead. Before the poor art guy came back, I was all signed up for two years in Media Production!

This led me to Uni, to then quitting Uni, to going to another college and finding a love of post production. Being one of the only students who could drive, I bagged myself a ‘Runner’ role for Channel 4 filming in Liverpool. Sweet-talking the Editor and making him lots of cups of tea led to him calling me up to work with him on the filming of Mr Bean’s Holiday in London. But I missed my soon to be husband and the slower pace of Northern life and so I headed back up North to work for some independent film companies in Liverpool instead.

All the skills I learnt along the way meant I knew we had to have a wedding video. But Lee wasn’t so sure. I obviously couldn’t film myself walking down the aisle (though I did consider it!) so I called up a few work colleagues to help.

Editing took forever (I cried A LOT and it was hard to cut things out when everything felt important) but it opened up this world of weddings to me that I didn’t realise existed! Then I was made redundant from a local film company and it gave me the shove in to making the leap into full time wedding videography back in 2010/11 and it’s been my passion ever since.